Walter O. Robinson diligently serves General Dynamics Electric Boat as a welder, pipe welder, former working leader and past supervisor. In his capacity within the submarine company that specializes in the design and construction of submarines, Mr. Robinson makes the most of his welding expertise, as he is primarily responsible for repairing submarines. Mr. Robinson worked for General Dynamics for 37 years and in the Naval Submarine Support Facility for 12 years. While serving at NSSF, The Naval Submarine Support Facility, they were awarded the Meritorious Unit Commendation from the Chief of Naval Operations.

After experiencing many professional high points, Mr. Robinson pinpoints the highlights of his career as his experiences launching submarines, including all the new class, and especially the most advanced ones in the world. He is proud to have chosen to pursue his career path through a state program which offered an opportunity to learn a trade after high school. In the years to come, Mr. Robinson intends to travel and retire. 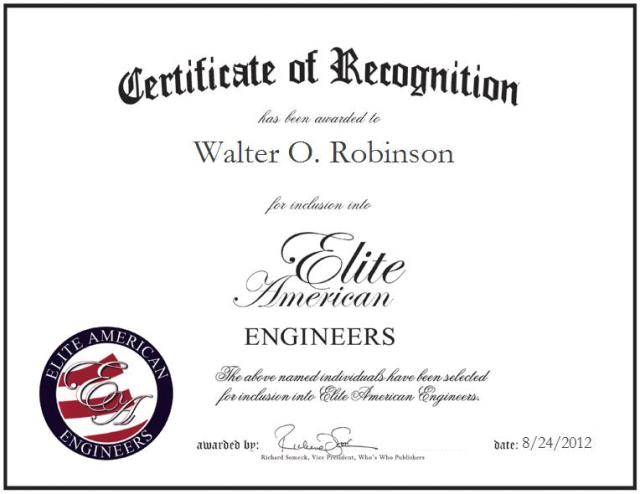